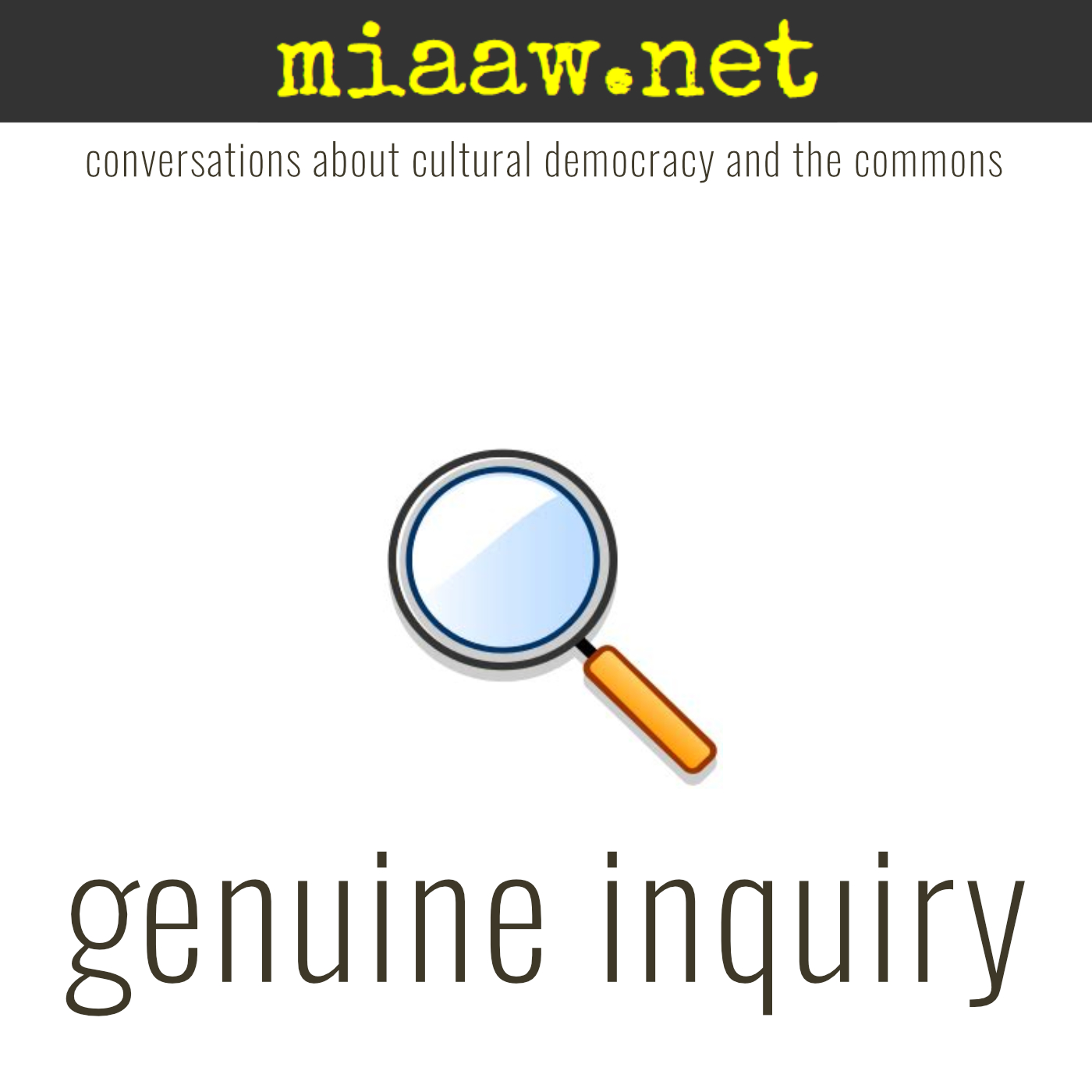 ABANDONED BOOKSHELF
GENUINE INQUIRY
A CULTURE OF POSSIBILITY
COMMON PRACTICE
FRIDAY No 5
MIAAW ARCHIVES
Who was Bhimrao Ambedkar & what should we learn from him?

Owen Kelly looks at the lessons we can learn from Bhimrao Ambedkar, Dalit anti-caste campaigner & writer of most of the Indian constitution.

Why do we keep returning to experiments in living?

Ken Worpole and Owen Kelly inquire into the nature of social experiments in living, ranging from self-invented communes to garden cities that arise from philanthropy and public policy.

Is terrain theory a conspiracy?

Owen Kelly inquires into the heated arguments between proponents of the germ theory and the terrain theory of disease transmission.

Trapped in the Metaverse

In this episode Owen Kelly expands on a lecture he first presented at the Max Planck Society in Hamburg to inquire into the nature of the metaverse and ask what Meta actually has in mind for us.

Owen Kelly looks at some aspects of the relationships between cultural democracy and politics and the importance of the idea of a “democracy of species” that moves culture away from the Western idea of “Man vs Nature” and towards a cultural democracy that grows from the earth.

Owen Kelly asks how culture and economics relate to each other, and what we might actually do to foster economic equity and cultural democracy.

Owen Kelly asks how culture and community relate to each other, and what we might actually do to foster community and cultural democracy.

Owen Kelly asks what might we mean when we talk about cultural democracy? Why might people need the term, and what can they do with it?

Sophie Hope expands upon her contribution to a forthcoming book called The Failures of Public Art and Participation.

Owen Kelly asks what relevance the social mind hypothesis has for those interested in developing a coherent theory of cultural democracy.

Ellis Brooks wrote an article on Medium claiming that “NFTs Are Critical for the Future of Art”. Owen Kelly inquires into the premises of her argument and the remedy she proposes.

What went wrong with copyright?

Copyright from the invention of printing in 1476 to the creation of the Berne Convention in 1886, and where it all went wrong.

How might we think about ethics and Artificial Intelligence?

Owen Kelly outlines Mike Ananny’s concept of networked information algorithms, & reflects on both the ideas behind it and their utility.

Sophie Hope reflects on what the term “socially engaged research” might mean. She discusses issues of consent, power relations, and trust.

Owen Kelly explores the consequences of Facebook’s declared intention to build the metaverse and the deeper problems of “virtual reality”.

How do vegan meat and vegan cheese make sense?

Owen Kelly has held a number of workshops in Helsinki exploring ways of making industrialised products at home. In this episode he looks at the different approaches to replacing meat before returning to the vexing question of why most vegan cheese tastes disgusting.

For the last year Owen Kelly has worked on developing a rapid learning process to enable students to improve their soft skills.

The has raised a number of interesting and difficult questions. In this episode Owen Kelly pursues a genuine inquiry into what we might mean by soft skills, and why we might find ourselves concerned with them.

This episode continues a trilogy of audio essays concerned with the work of Marshall McLuhan and its continuing relevance in the digital age. In this episode Owen Kelly looks at what McLuhan means by “the electric age”.

This episode begins a trilogy of audio essays concerned with the work of Marshall McLuhan and its continuing relevance in the digital age.

This episode concludes Sophie Hope’s trilogy of audio essays, each looking at a different aspect of cultural democracy in contemporary professional practice.

In this audio essay Sophie Hope inquires into the digital while thinking about processes of evaluation.

In the first episode of Genuine Inquiry, our new monthly audio essay, Sophie Hope examines the relationship between money, culture and democracy.